A Deep Dive into Beaujolais Before writing this article I had to flick back through the last year's newsletters to double check we hadn't already covered Beaujolais. Surely given the place the region holds in our hearts here at Gnarly HQ, it seemed like an oversight, and one to be rectified immediately.

Beyond its notable but easy drinking export Beaujolais Nouveau, the region has over the past decade begun to be taken more seriously, and its 'Cru' regions recognised for their quality and diversity.Lets begin with some key facts:

So, that's Beaujolais, and why its worth looking at. Let's look at some winemakers doing interesting things in the region: 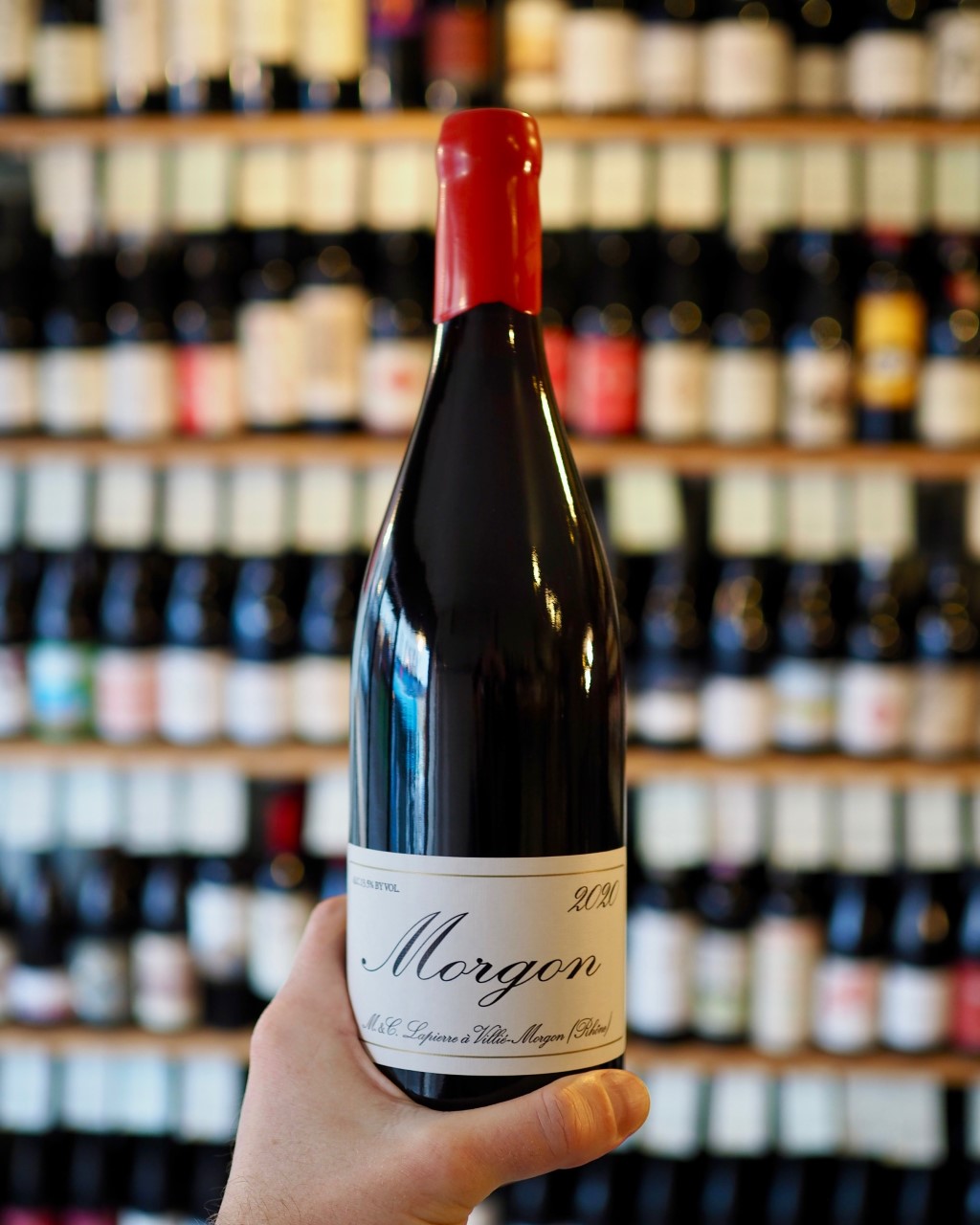 Marcel took over his Beaujolais Domaine in 1973 and in 1981 under the influence of researcher and chemist Jules Chauvet, eschewed the ubiquitous chemicals, went back to traditional and artisanal methods and first spoke out for natural wine triggering a revolution still underway. His children Mathieu and Camille have carried forward their father’s outsized legacy with determination, dedication and passion. The wines from this iconic domaine keep getting better reaching an extra level of finesse unseen before.His flagship Morgon is a finely sculpted wine with a midraspberry colour, delicately extracted, and beautifully pure old viney fruit, enhanced by ten months ageing in casks from Prieuré-Roch in Burgundy. No sulphur was used during the élevage, just a little added at bottling. 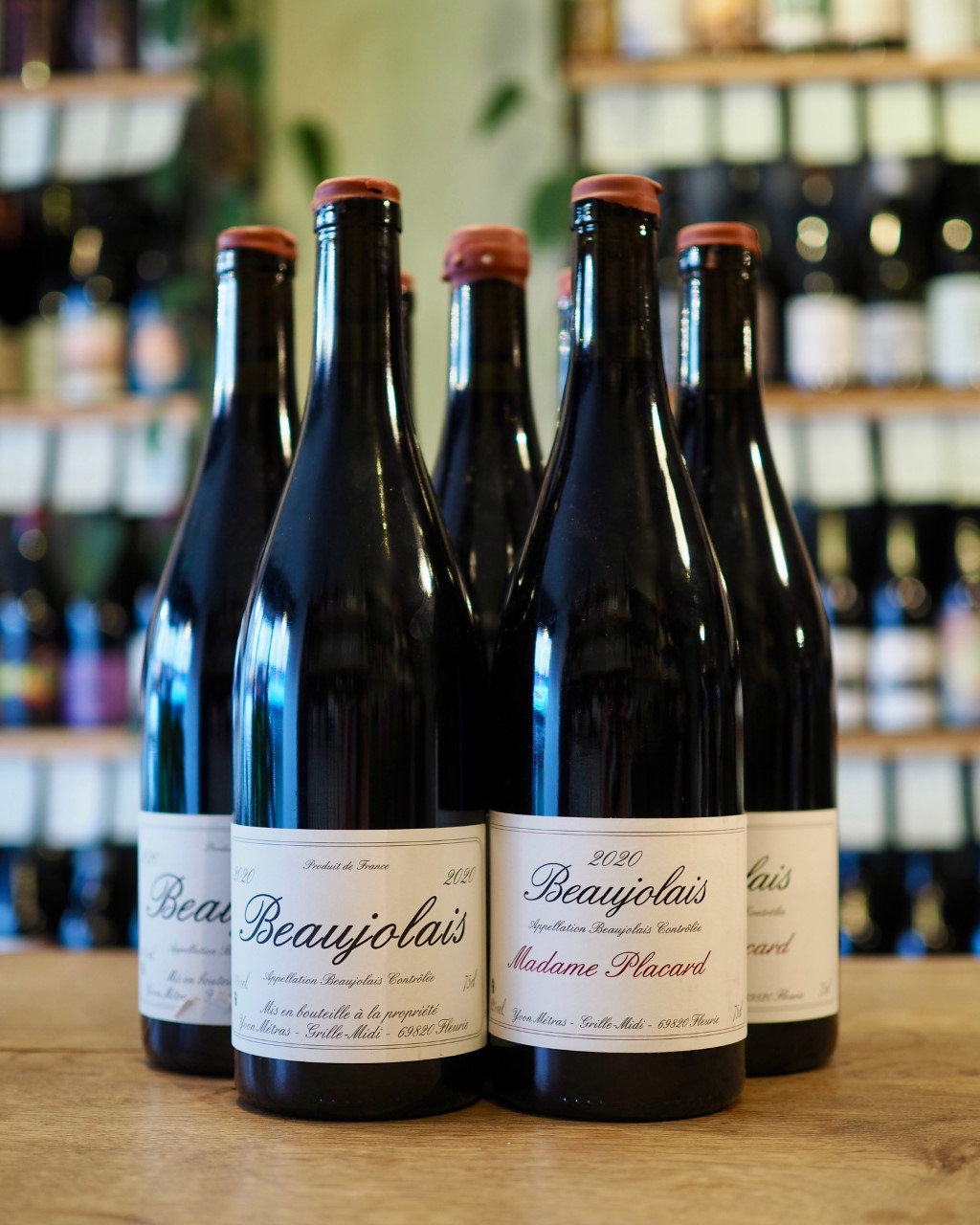 Metras was another proponent of the revolutionary theory of Jules Chauvet and Jacques Neauport which kicked off the natural wine movement in France. Decades later he still works the same way farming just six hectares, meaning demand for these wines outstrips supply year on year. The vines have always been worked by hand, without chemical treatment, and without SO2.

Yvon's Beaujolais is made from grapes grown in Fleurie but not granted Cru status because the are deemed to be at too high an altitude. A delicate and poised wine with black pepper, a tart red berry acid, and some nice Cabernet Franc-type funk. Mme Placard is Gamay sourced from Yvon's friend nearby, who has a similar farming philosophy. The perfect intro bottle to the great wines of Metras, with red berry fruit, tart cherry notes and some fresh herbs (mint, among others). 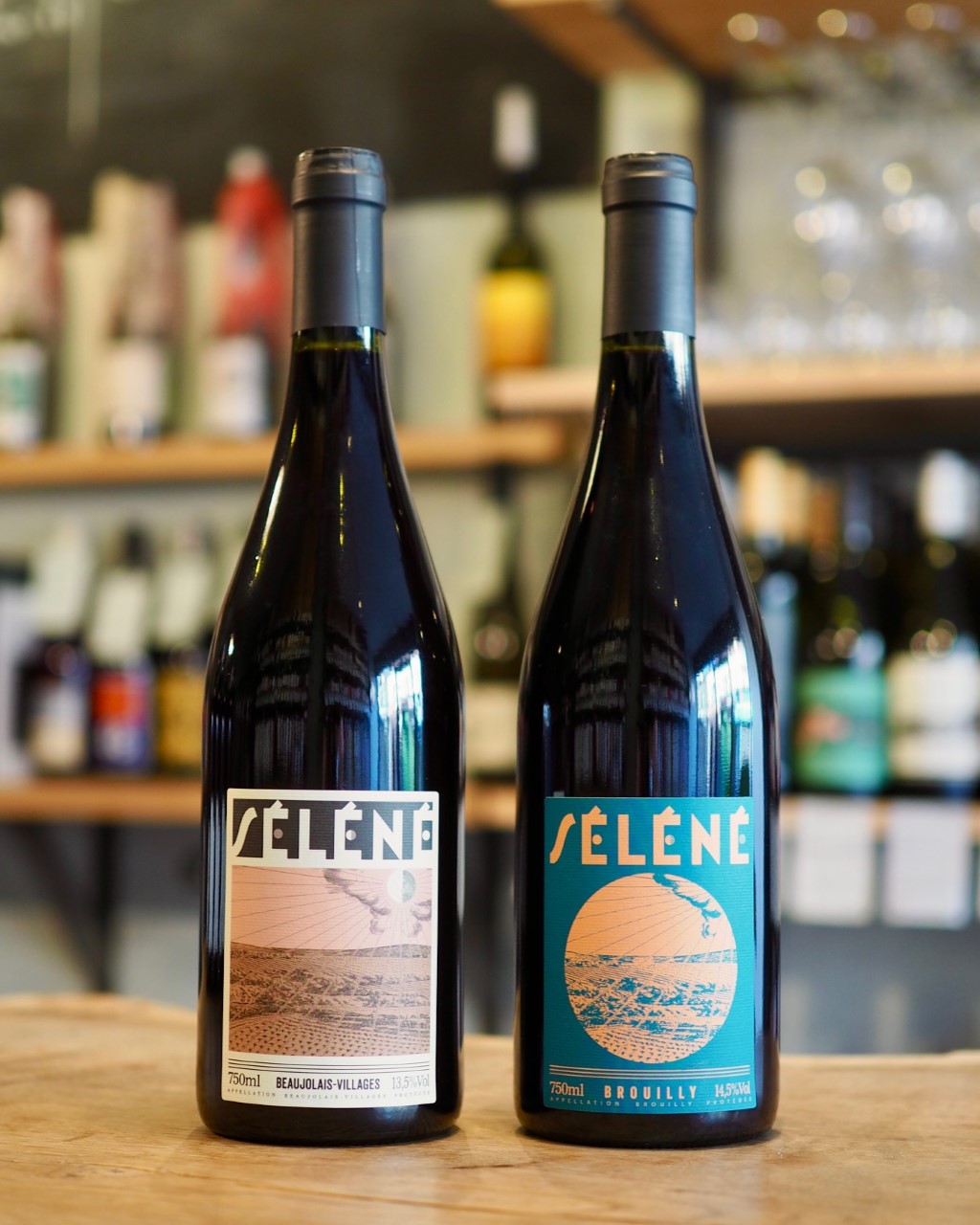 Sylvère Trichard of Domaine Séléné is something of a rising star in Beaujolais, working naturally to make wines that are refined and polished. First up is his elegant, mineral and pure-fruited Beaujolais-Villages. The grapes are from a 60-year-old plot of Gamay, planted on sandy, clay-heavy soils with a vein of granite running underneath  providing the wine with a pronounced mineral backbone. His Brouilly is from a plot of Gamay grown on porous sand and decomposed granite in the Cru of the same name. It undergoes a short, 10 day carbonic maceration and is probably the deepest, most concentrated of the cuvées with dark cherry fruit, hints of liquorice and a pronounced dusting of black pepper. 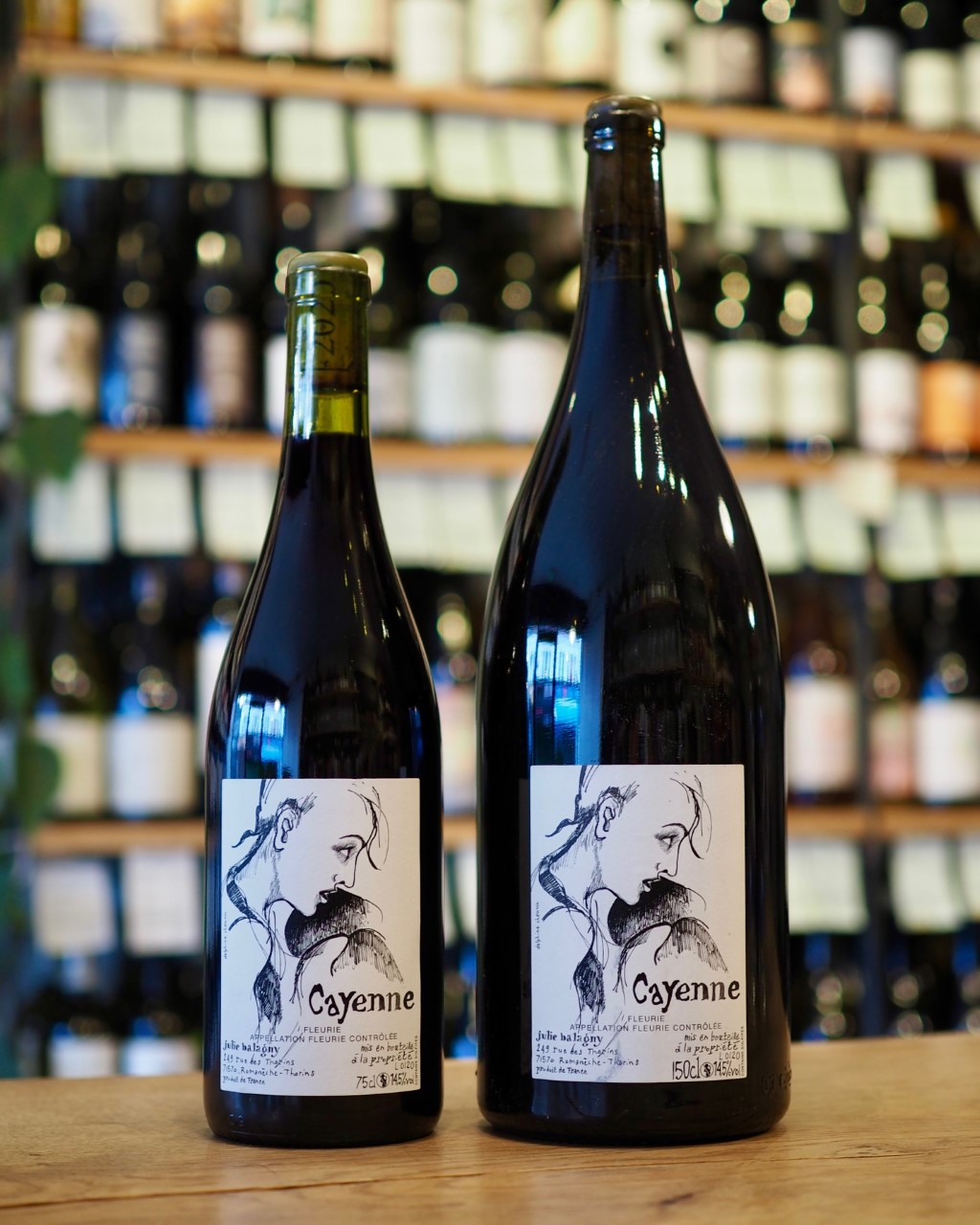 Julie Balagny has 5 hectares of vines in Beaujolais, most in Fleurie with a further plot in Moulin-A-Vent. The vines are between 30-90 years old and tended organically with all vineyard work done by hand due the steepness of the hills. In the cellar Julie works with whole-bunches that ferment naturally with a slow carbonic maceration before being pressed off to age in old barrels and bottled without any additions. Cayenne comes from three hectares of vines planted on a steep slope, hidden amongst woodlands, high in the hills of Fleurie. The vines are up to ninety years old and grow over basalt and the black, volcanic soils have a marked effect on this wine, producing a lively, lithe and fragrant wine of rare charm. 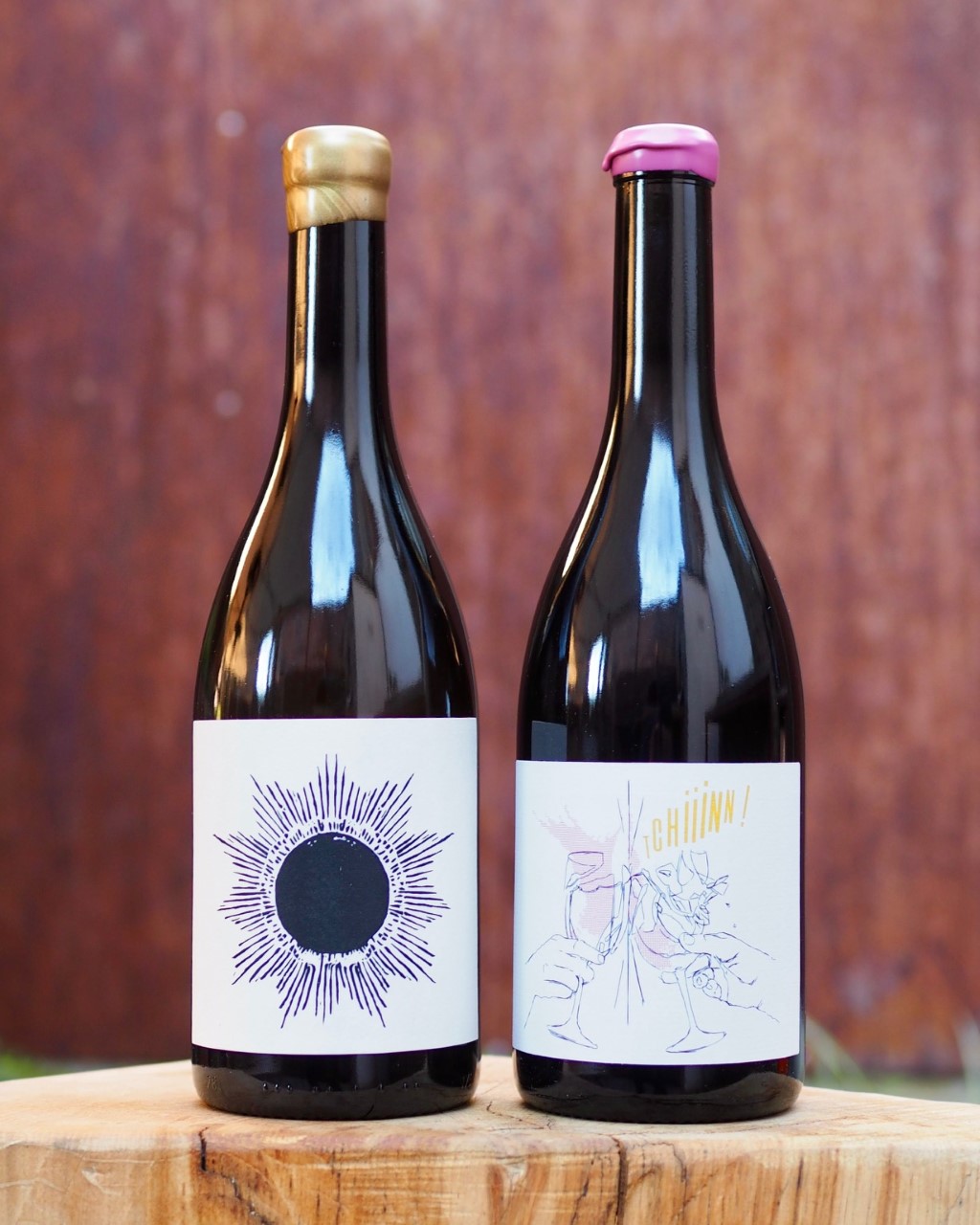 Vin Noé is the micro-negociant project of young Californian winemaker Jonathan Purcell who works out of a 100 year old cellar in the village of Auxey-Duresses in Burgundy. His wines are produced in tiny quantities from grapes in the Mâcon, Beaujolais, Puligny-Montrachet and Saint-Aubin. The approach to winemaking is hands off with long and slow wild fermentations, no fining or filtration, and zero sulphur additions.

Tchin is a beguiling Gamay sourced from the Beaujolais-Lantignié region - an appellation aspiring to gaining the Cru status. Bright cherry and raspberry fruits with a marked stony quality on the finish. And now for the only white in this list, and oddly it's not even from the region's standard white grapes Chardonnay and Aligoté. Face-to-Face is in fact a gorgeous skin contact Viognier sourced from Beaujolais. Honeyed stone fruit and baking spices with a lovely fresh acidity and a slightly waxy texture.